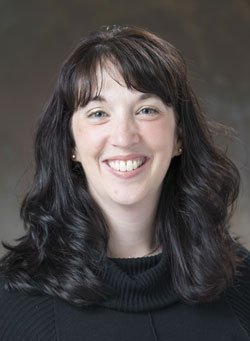 Sarah Claus was promoted to Senior Director of Development in September 2018 after joining the Wisconsin Athletic Development staff in January 2015. Her role includes managing the stewardship and engagement efforts for UW Athletics donors including special events, communication, recognition and premium experience opportunities.

Prior to her arrival, Claus spent over 10 years with the Marquette Athletics Department in various roles. She began as an assistant with the Blue & Gold Fund, moved into the positon of executive assistant for the Director of Athletics, and finally became Athletics Special Events Coordinator where she oversaw the planning for all major athletic department events including the Blue & Gold Fund Auction, M Club Hall of Fame, golf outings, end-of-season banquets and other various dinners and awards ceremonies.

Prior to joining Marquette, Claus worked as an intern with the Lincoln Saltdogs, an independent league baseball team in her hometown of Lincoln, Neb. With the Saltdogs, she worked with marketing and promotions, merchandising, tickets and front office management.

Claus earned a Bachelor's of journalism in advertising from the University of Nebraska and earned her master's degree in leadership studies-sports specialization from Marquette University.