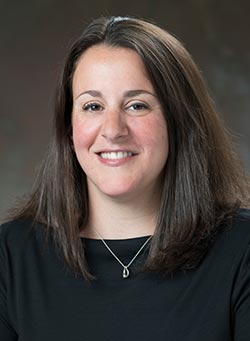 Prior to joining Wisconsin’s Development team, Noyce served as Membership Director of the National W Club, the letterwinners organization at the University of Wisconsin, from 2007-2013. Noyce was directly responsible for coordinating letterwinner activities including reunions, banquets, golf outings, and networking events. Additionally, Noyce coordinated several current student-athlete events. Noyce returned to the W Club briefly to serve as Interim Executive Director from August 2013 to January 2014.

Noyce also held a leadership role with the National Letterwinners Association (NLWA), having hosted the annual conference at Wisconsin in 2007 and presented at each conference from 2007-2012. Noyce was actively involved with the developing partnership between the NLWA and the NCAA in 2012-2013.

A native of Middleton, WI, Noyce was a four-time letterwinner in golf at Wisconsin from 2003-2007, serving as team captain in 2006-2007. During her time as a student-athlete at UW, Noyce served as President of the Student-Athlete Advisory Committee (SAAC) and had a role on the UW Athletic Board. Noyce earned a B.S. in Life Sciences Communications with a focus in Business at UW in 2007.

Noyce and her husband, Mark, have two sons, Cooper and Myles.